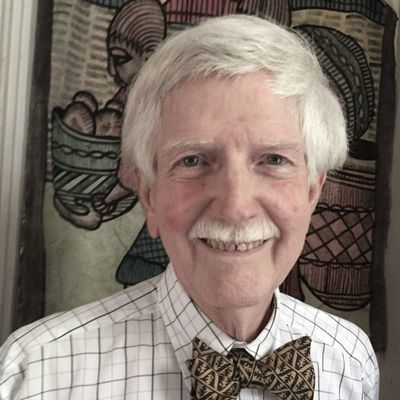 John L. Tarpley, MD, FWACS, FACS, known as ‘tarp’, is a PK and hails from Jackson, Mississippi. He obtained his undergraduate and medical education at Vanderbilt University, Nashville, TN, USA. General Surgery residency was at Johns Hopkins Hospital and included two years of surgical oncology research and training at the National Cancer Institute in Bethesda and six months of thoracic surgery under Mr. Ronald Belsey at the Frenchay Hospital in the Bristol, England area.

Tarpley was appointed by the Foreign Mission Board (now International Mission Board) of the Southern Baptist Convention in 1977 to serve in Nigeria. He attended the Southern Baptist Theological Seminary in Louisville, KY for six months and then three months of orientation prior to relocating with his family to Nigeria in April 1978. Tarpley’s entry-level position was at the Baptist Medical Centre, Ogbomoso, Nigeria with an appointment at the University College Hospital, Ibadan, Nigeria between 1978-1993. Tarpley spent three years in Nigeria with each fourth year back at the Baltimore VA Medical Center and Hopkins during these fifteen years.

Tarpley returned to Vanderbilt and the Nashville VA in 1993 for twenty-three years from 1993-2016. He was clinically and administratively active at the Baltimore VA and served as Program Director for the General Surgery Residency at Vanderbilt for ~ 20 years. After retiring mid-2016 from the Nashville VA and Vanderbilt as Professor of Surgery & Anesthesiology, Emeritus, Tarpley spent July 2016 through August 2021 in surgical education at the AIC Kijabe Hospital, Kenya, the University Teaching Hospital Kigali in Rwanda, and the Department of Surgery, Faculty of Medicine, the University of Botswana (UB) 2018-2021. In Botswana, tarp was Head of Department where he and colleagues launched the country’s first general surgery residency program in January 2020. Tarpley completed his contract with UB in August 2021.

On September 1, 2021, tarp assumed the position of Academic Dean of the Pan-African Academy of Christian Surgeons (PAACS). Major interests among others include surgical oncology, medical and surgical education, the history of medicine, and the role of spirituality in clinical practice. Current priorities as Academic Dean include faculty development, postgraduate surgical education, capacity building, and global surgery collaborations to improve access to safe and quality care for patients in sub-Saharan Africa. A favorite part of nigh each week is to encourage medical students, residents, and physician to join in this rewarding endeavor.

Important reflections and quotes include: “I am the best paid surgeon I know. I just get paid in a different currency”; “I enjoy a lot of non-taxable income”; and “The gettin’ is in the givin’ and you can’t outgive God” from Proverbs 11:25: “He who waters will be watered.” His usual benediction to conclude a letter or email is “Lafia”, a Yoruba word from the Hausa from Arabic: Lafia = Be Well, Have Health, Peace. From Ephesians 2:14a: “For He (Christ) is our peace.”