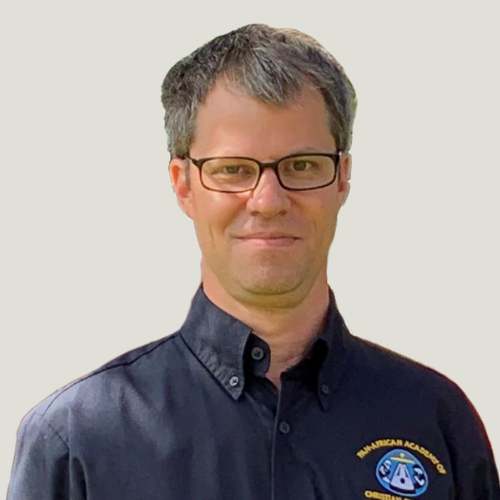 Keir was born in Chicago, IL. Growing up in Indianapolis, Indiana, Keir always planned to become an engineer and so attended Purdue University. During his studies, God redirected him to a different career with more opportunity to interact with people, and thus he started preparing for attending medical school. After finishing Purdue University as an electrical engineer in 1995, he began medical school at Indiana University, intending to become a Pediatric Cardiologist.

After his first year of medical school, Keir married his wife, Joanna. With his first exposure to surgery during his third year clinical rotations, Keir fell in love with surgery. Joanna and Keir started his residency in 1999 at Fairview Hospital, Cleveland, Ohio. During this time, Keir was heavily involved with his church, Grace Church in Middleburg Heights, Ohio, and became active in CMDA as part of the advisory committee for Northeast Ohio.

Toward the end of residency, after much prayer, it became clear that God was calling Keir to a career in medicine, teaching, and discipleship, but the question was how to marry all of those and where to do so. One evening while taking calls at the hospital, Keir received a page from Joanna. She said, “How would you like to go to Africa?” Joanna explained to a startled Keir that an email had been sent out through CMDA asking for a surgeon who was interested in teaching and passionate about discipling. Over the next few months of correspondence with Dr. Dave Thompson, the opportunity to serve for one year closed, but God opened the door to serve more long term. In 2006, Joanna, Keir, and their two young children moved to Albertville, France for language training. They then moved to Gabon in August of 2006 to begin training and discipling Christian African doctors to become surgeons alongside of Dr. Thompson.

In 2008, Keir was named Program Director of Bongolo Hospital’s PAACS program and also became the PAACS Regional Director for West/Central Africa which includes Bongolo Hospital, Mbingo Baptist Hospital (Cameroon), and Galmi Hospital (Niger). In 2016, Keir was selected to become the new Chief Medical Officer of PAACS and in July 2016, began by training until December 2016, alongside Dr. Bruce Steffes, former CMO of PAACS.

Keir was married to Joanna in 1996 and has two school-age children.